Randy Jackson Weight Loss: His #1 Routine Will Shock You

Randy Jackson’s weight loss journey started in 2003 when he underwent gastric bypass surgery and lost 114 pounds (52 kg) after his type 2 diabetes diagnosis, and at this point, he weighed 350 pounds with a sugar level of 500!

Things soon after changed for Jackson, who started walking 30 minutes a week for exercise, but it seems that wasn’t enough as he managed to gain the weight back.

Now, two decades later, Jackson Randy has managed to keep the weight off and regained his health, but how did he achieve this? What unique technique or diet proved to be this effective?

We reviewed the supplement product recommended Randy Jackson himself to support weight loss. See them below:

How Did Randy Jackson Lose so much Weight?

And here’s the shocking part: the routine…

One would think Randy went on some not-so-accessible magic pills for the rich and famous celebs to lose the weight, but he didn’t mind sharing his tips and supplements with Health.

“I needed to start with something I could do that was simple,” Jackson said. To stay motivated to lose weight and get his steps in, right next to his bed, he keeps a treadmill, adding that he now walks on it 35 to 45 minutes a day, “It’s right there staring at me, going, ‘Come here. You know you need this,’ [and] that makes the ugliness worth it,” as opposed to the 30 minutes a week back in 2003.

Jackson always enjoys his yoga and has grown so accustomed to it. “I love the stretching and how it makes my body feel better and looser,” he added.

In his book Body With Soul, Jackson called his diagnosis “both a blessing and a curse.”

Randy Jackson has joined the long list of celebrities who have lost weight and literally broke the internet with almost everyone curious about what they did.

He is simple proof that “Little exercise is better than no exercise.” Just look at what 30 minutes of exercise a day did for Randy. Are you still sitting on the fence and need a little push? Here it is — Start now. Start little. Keep in going; it’s all adding up, picking momentum, and making a difference! 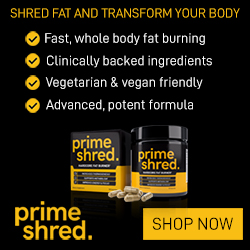